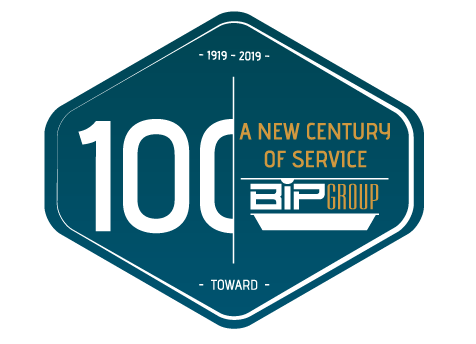 It all began in the months following the armistice of the First World War, when Mr Joseph PEROLO bought a premises for industrial use at 17, rue de Solférino, in Boulogne-Billancourt. In April 1919, he created Établissements J. PEROLO, a general mechanics workshop manufacturing mechanical parts for the automotive industry, employing 15 workers.

In 1923, Établissements J. PEROLO became “PEROLO SA”.  The activity was more oriented towards the manufacture of equipment necessary for the oil industry, a sector then in full development in France. Gradually, a core group of loyal customers is being created, among which the most important ones are: the STANDARD FRANÇAISE DES PETROLES, the VACUUM OIL COMPANY, the Cie INDUSTRIELLE DES PETROLES, the REFINERIE DU MIDI.

The increase in activity requires the expansion of the original buildings and new workshops are being set up. In 1937, J. PEROLO, which employs about thirty people, built a second one-storey residential pavilion, the first having been entirely transformed into offices.

In response to the threat of war, the plant is actively involved in armaments by machining groups of engines for war aviation (SALMSON engines) and manufacturing petroleum equipment.

Following the events of June 1940, production was limited by the circumstances of the time… In March 1942, the proximity of the RENAULT factories caused it to be bombed for the first time by the Allied aircraft. Rehabilitated, it was again damaged in April 1943. As a result, all the installations were damaged, commercial activity was almost stopped, only some maintenance work remained for oil customers.

Since the bombardment, the activity has practically stopped.

The “destruction” compensation will allow the gradual reconstitution of manufacturing equipment and the reconstruction of the affected premises.

At the same time, the contacts established with oil distribution customers led the company’s management to focus its activity entirely on this sector, gradually reducing the production of general mechanics. The refurbishment of new workshops and the installation of new machines have led to a significant increase in activity, which naturally translates into a significant increase in turnover. In the early 1950s, J. PEROLO & Cie’s clientele included world-renowned companies: ESSO STANDARD, FRENCH SHELL, BRITISH PETROLEUM, ANTAR; PETROFRANCE…

In addition, 1950 marked an important turn in the company’s life: Joseph PEROLO gave way to his sons Pierre and Claude, the former becoming Chairman and Chief Executive Officer and the latter Deputy Chief Executive Officer. From the outset, PEROLO yarns further accentuate the choices made by their father by creating and developing a complete range of tanker equipment that was quickly adopted by the major oil companies.

This new activity is also strengthened by the exclusive distribution, acquired by the Company, of NEWMAN McEVOY high pressure valves, used mainly for gas and crude oil blowout heads.

These new markets are forcing the Company to expand. Since 1958, the PEROLO brothers have been looking for a solution to solve this surface problem and reassure the company’s customers.

More than 530 kilometres southwest of Boulogne-Billancourt, on the right bank of the Gironde estuary, the economic situation has been characterised by a continuous recession since 1948-1950.

In this particularly gloomy context, the future of the region’s largest employer, the ABG plant, is of paramount importance. ABG S.A. is the result of the merger of the companies ARIES, La Bougie BG and SFEDR. It was then the largest French manufacturer of auxiliary engines and the third largest manufacturer of mopeds since the end of the Second World War. After the failure of the plant extension project in 1959, ABG no longer wanted to absorb the deficit of the Blaye production unit, which it considered too far removed from its main activities located in Hazebrouck, in the North, where it wanted to consolidate everything. The decision was therefore taken to separate from the Blaye plant.

Through the Chambers of Commerce of Paris and Bordeaux, the PEROLO brothers learned of the existence and sale of the ABG Blaye factory. Given the urgency of the situation for Blaye, local and regional authorities are deploying their imagination to ensure that J. PEROLO & Cie comes to Blaye.

From then on, things were carried out very quickly: visit to the factory in June, agreement in principle, constitution of the various files, signature of the protocol containing the promise to sell and purchase on August 4, signature of the deed of purchase on November 15, i.e. 6 months to complete the deal!

In the 1990s, the PEROLO group employed 150 people. The company devotes 4% of its turnover to research and development and its entire catalogue is protected by more than 250 patents. Finally, PEROLO, certified to NF, API, ISO standards, meets the requirements of international regulations and European directives on the transport of dangerous goods.

Having reached full maturity, the company has become a key player at all stages of fluid transfer, from loading, transport, storage and distribution, at the national level.

The PEROLO group has a turnover of 110 million NF, 45% of which is exported. It is a healthy business that is coveted, particularly by its main European competitor, the English SYLTONE, based in Bradford, United Kingdom.
SYLTONE Ltd. operating in the same sector as PEROLO is present in America, Europe and Asia-Pacific, this Company believes that in the context of globalisation, only a large European group is able to face competition.

At the age of retirement, Claude PEROLO, now alone at the helm of the company, decided to respond favourably to SYLTONE’s offer, which promised him to maintain the industrial activity of the Blaye plant. The deal was concluded in 1998. Nevertheless, a few years later (2001 and 2002), in order to rationalize within the group, some of PEROLO SA’s activities were relocated to SYLTONE’s German and English subsidiaries. This leads to a social plan that will affect about thirty people.

GARDNER DENVER INC, the world leader in the United States in the field of pumps and compressors for the oil industry, is launching a public takeover bid on SYLTONE to strengthen its position on the European market. The PEROLO factory is of course in the bride’s basket. The takeover bid was successful in January 2004, so PEROLO, like all the other SYLTONE sites, came under American control.

Supposing how things were going to turn out for PEROLO, Thierry BOURGUIGNON and his wife, with whom Pierre SURMAN, the technical director, joined forces, took the step and created the BIP holding company (Blaye Industrie Participations) to buy the company.

As soon as the Company was taken over, Thierry Bourguignon and Pierre Surman set out to develop the business internationally.

Creation of PEROLO Distribution BVBA, a representative and trading company for the countries of Northern Europe.

Opening of the factory in China to cope with the explosion in the container market,

BIP Distribution to trade in industrial valves in Southern Europe.

However, like most companies, PEROLO is hit hard by the crisis, but the management team is facing the crisis with pragmatism and without sacrificing staff since in the end only three people will be laid off despite a very significant drop in activity.

Markets are opening up and efforts are paying off. The company then employs 80 people and generates most of its turnover abroad. A new factory located in Rudong, Jiangsu province, replaces the one built near Beijing.

In addition, PEROLO is developing a new activity to make its heavy investments more profitable. This is particularly the case with the Laser cutting of metal parts carried out by BIP Distribution, which is a real success with companies in the Bordeaux region, and even beyond.

Established in Blaye for 58 years, PEROLO Establishments will celebrate its 100th anniversary

Celebration of 100 years in few photos

This website uses cookies to improve your experience while you navigate through the website. Out of these cookies, the cookies that are categorized as necessary are stored on your browser as they are essential for the working of basic functionalities of the website. We also use third-party cookies that help us analyze and understand how you use this website. These cookies will be stored in your browser only with your consent. You also have the option to opt-out of these cookies. But opting out of some of these cookies may have an effect on your browsing experience.
Necessary Always Enabled
Necessary cookies are absolutely essential for the website to function properly. This category only includes cookies that ensures basic functionalities and security features of the website. These cookies do not store any personal information.
Non-necessary
Any cookies that may not be particularly necessary for the website to function and is used specifically to collect user personal data via analytics, ads, other embedded contents are termed as non-necessary cookies. It is mandatory to procure user consent prior to running these cookies on your website.
SAVE & ACCEPT
Scroll to top